Sarah Richardson is a postdoctoral fellow in synthetic biology at the University of California-Berkeley. Her research focuses on harnessing bacteria to make molecules that could lead to the development of new biofuels and medicines. Or, as she explained it Wednesday: “I try to make bacteria friendly, and make us less scared of it.”

In addition to being an accomplished young scientist, Richardson devotes a significant amount of time volunteering in schools with large numbers of minority and low-income students in the Oakland, California, area. Read More

Op-ed: Technology in the Classroom Is Gateway to a Brighter Future

Thirty years ago, students used textbooks and spiral-bound notebooks. Today, they type up notes on laptops, do research on tablets and stay connected with friends through their mobile devices. The learning experience has evolved as we have moved to a more connected and tech-savvy society – so much so that the global education technology and smart classroom market is forecasted to grow by more than $50 billion over the next five years, according to a recent study by Research and Markets. Read More

SmartLab Puts Students in Charge of Their Learning

"It's amazing," SmartLab Facilitator Misti Newby said. "On the first day, I gave an orientation. On the second day, students were coming in, logging on and getting into it."

The SmartLab focuses on STEM, or science, technology, engineering and mathematics, and puts students in charge of their education. Newby said one class per grade level attends the lab 45 minutes a day in a six-day rotation before another class starts. Read More

Not Everyone With a STEM Degree Chooses a STEM Job

Katie Edin, a commodities trading analyst at Goldman Sachs, grew up trying to understand the mechanics of how things work and tinkering with broken objects to set them right again. Once Edin started high school, she excelled in math and physics, enjoying the creative aspect of quantitative fields.

"You're being quantitative in a much more intellectually curious way and that was something that I found in engineering," Edin says.

It's not surprising that she focused on science, technology, engineering and math (STEM) disciplines when she studied at Villanova University and graduated in 2015 with a bachelor of science in mechanical engineering and a concentration in dynamic systems. Read More

Is the U.S. Focusing Too Much on STEM?

In late October, Alaska Airlines pledged a $1 million donation to a science and engineering program to educate up to 650 Alaska native middle schoolers. “Our goal is to make sure that as many students as possible who want to attend this program have the opportunity,” said Marilyn Romano, an Alaska Airlines executive. When asked what benefit the airline receives by making this donation, spokesman Tim Thompson said that stronger communities make for a better “potential employee base” for all of Alaska—and, presumably, Alaska Airlines—further down the line. Read More

Why America’s obsession with STEM education is dangerous

If Americans are united in any conviction these days, it is that we urgently need to shift the country’s education toward the teaching of specific, technical skills. Every month, it seems, we hear about our children’s bad test scores in math and science — and about new initiatives from companies, universities or foundations to expand STEM courses (science, technology, engineering and math) and deemphasize the humanities. Read More

High-Quality STEM Education for All: It Takes a Village 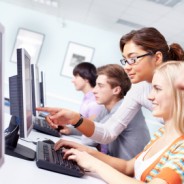 Dr. Idit Harel Caperton is the founder of the World Wide Workshop, a nonprofit that has developed a game design curriculum being used in five states.

Over the last few years we’ve seen a marked increase in the attention to STEM education, especially at the federal level. President Obama and Secretary Duncan have worked to bring STEM to the forefront of the nation’s education dialogue as a necessary focus for a successful and competitive future workforce and economic development. They have encouraged growth in STEM learning opportunities with their branded programmatic initiatives like Educate to Innovate and Investing in Innovation. While these national campaigns have shed a much-needed light on the importance of cultivating and spreading STEM education everywhere, it will take many cross-sector partnerships and commitment of multiple players to move from light-shedding into actual implementations of STEM learning opportunities for America’s 150 million K-16 students. Read More

From Mohawks to Making, New Steps to Mobilize the Science Talent 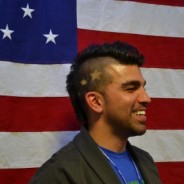 [NEWS ARTICLE] Posted by Kumar Garg and Phil Larson on August 21, 2012 at 05:26 PM EDT: President Obama strongly believes that inspiring boys and girls to excel in science, technology, engineering and math (STEM) education is critical to our Nation’s future. Just last week, the President called the Mars Science Lab Team and a “special Mohawk guy” and pointed out how their work on Curiosity was inspiring the next generation Read More 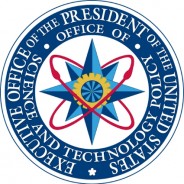 [NEWS ARTICLE] Posted by Phil Larson on July 18, 2012 at 10:07 AM EDT: Today, the Obama Administration announced the President’s plan to create a national Science, Math, Technology, and Engineering (STEM) Master Teacher Corps. The STEM Master Teacher Corps will begin in 50 locations across the country, each with 50 exceptional STEM educators. Over the next four years the Corps will expand to include 10,000 of the best STEM teachers in the nation. In joining the STEM Master Teachers Corps, these educators will make a commitment to champion the cause of STEM education in their respective communities, and will receive additional resources to mentor math and science teachers, inspire students, and help their communities grow Read More